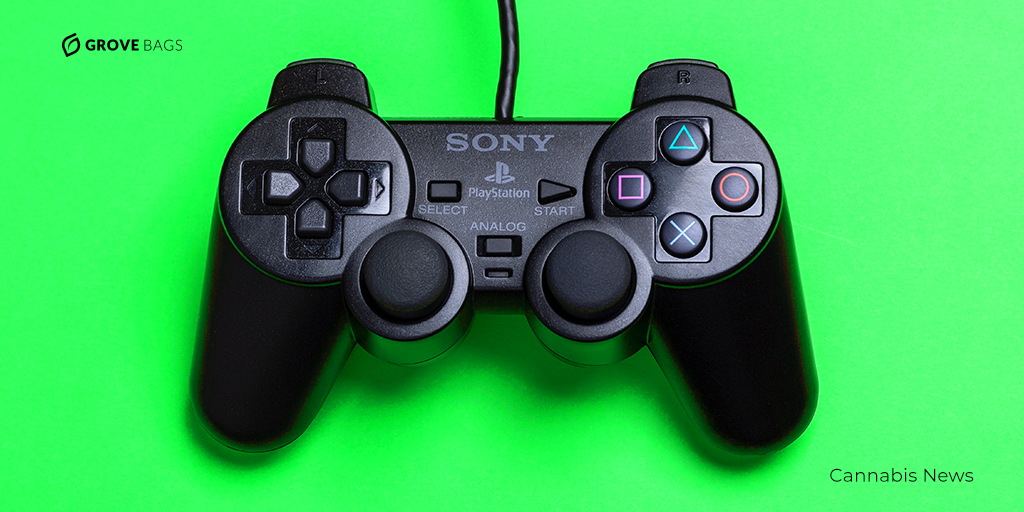 The Best Games to Play Stoned

Like a fine wine goes well with a perfect meal, a fun and addictive game always seems to pair well with getting stoned. In the following paragraphs, we will be exploring some of the best games you can play right now for every platform. Whether you’re decked out with a shiny new Playstation 5 or looking for a casual game to pass the time when you’re stoned and scrolling, we’ve got you covered.

For smokers who grew up with the Game Boy Color, Nintendo’s fresh take on this classic is one of the most visually pleasing games I’ve ever played. Unlike this generation’s primary Zelda title, Breath of the Wild, Link’s Awakening features the same cartoonish graphics we all grew up with during the 16-bit era, but updated for the modern 3D-hungry world. Traveling from dungeon to dungeon searching for answers and musical instruments, a shipwrecked Link adventures across Koholint Island in the hopes of making it back to Hyrule.

You’ve played Pac-Man. You’ve played Ms. Pac-Man. You’ve maybe even played Pac-Man Jr. But have you ever experienced Pac-Man as a battle royale against 98 other ghost-chomping, round and yellow players? This Nintendo Switch exclusive throws you into just that predicament. While already juggling the task of eating pellets, fruits, power pellets, and ghosts, players must now fend off a slew of alien Pacs sent from all directions, as 99 Pac players wakka wakka and chomp chomp their way to victory. A mixture of arcade classic, modern battle royale, survival, and strategy, Pac-Man 99 is unquestionably the quintessential pick-up-and-play arcade hit of 2021, and it’s free to play (with an optional DLC for offline play and additional game modes and skins) exclusively for the Nintendo Switch.

He’s blue, he’s cool, he’s fast, and he could be you, if you were an inexplicably anthropomorphic hedgehog with an average velocity of 400 mph. But you’re not Sonic, you’re just a human being who smoked a joint and has to sit down. Sonic Mania brings the beautiful 2D graphics of the Sega Genesis into the 21st century, complete with reimagined music and levels that capture Sonic’s formative years in a game that balances nostalgia and modern gaming mechanics in a way only Sonic the Hedgehog could. Alongside his friends Tails and Knuckles, Sonic sets out to defeat Doctor Robotnik once again in an action-packed 12-zone adventure through worlds old and new and even some classic enemies, like Metal Sonic.

Anyone who has been alive since the 90s knows about the pure unadulterated joy inherent in a game of Mario Kart. For most of the gaming world’s collective history, Nintendo has opted out of writing software for platforms that aren’t their own. That all changed after the Wii U flopped nearly a decade ago, and Nintendo realized it was time to bring Mario and some of the most recognizable IP in the world to smartphones with Super Mario Run in 2016, and Mario Kart Tour in 2019. Super Mario Run takes the classic Mario side-scrolling formula and adapts it for smartphones. The only action that you can take is to cause Mario to jump, as he runs automatically, always chasing the rightmost edge of your screen. Mario Kart Tour takes the classic Mario Kart game and makes it easy to play on a smartphone, complete with familiar world courses, bananas, and classic game-ending blue shells. Both games are free to play on both iOS and Android and are perfect for quick pick up sessions when you’re too high to play anything too serious, but not high enough to just watch a movie.

Just about everyone has been playing Among Us since it dropped into mobile space last year, and it has since amassed such a large following that the game can be played from every platform now (except for Playstation for some reason). While most commonly played on the smartphone, this crossplatform title is actually a joy to play on the Switch and Xbox, with non-touch controls adding a new layer of playability to an already simple game. Among Us is an updated and virtual game of Mafia, where players are randomly assigned one of two possible roles: crewmate or imposter. For crewmates, the objective is to complete given tasks and find the imposter. For the imposter, the objective to remain hidden, which is a challenge in and of itself. If you’re looking for a fun party game that everybody can play after the bong has passed around, or even something fun to play alone with randos online, Among Us definitely deserves your attention.

Not all games are about characters, cars, and casualties. For those looking for a chance to relax with their gaming time, Color Zen could not be more relaxing and rewarding. The object of the game is to fill the screen with a preselected border color. Problem is, the screen is filled with a lot of cleverly placed shapes. Some may be manipulated, others are fixed to the space, and with each touch of color, the puzzle evolves. Some games are better explained through experience, and this is almost certainly one of them. Whether you’re a hard-core console gamer or a casual mobile gamer, Color Zen will tickle your curiosity as you paint your way to progress in this problem-solving puzzle game for all.

It’s impossible not to talk about video games in 2021 without also mentioning its current darling, Epic’s Fortnite. The smash-hit title that ushered in an era of battle royale mayhem that continues to impact the gaming consciousness today, Fortnite finds a way to hook everyone from Captain Marvel’s Brie Larson to Chance the Rapper. This is a game that, for many people, checks all the boxes. Massive and multiplayer shooter? Check. Customizable avatar and accessories? Check and check. Easy to pick up? Check. Easy to put down? Not so simple.

Like any great video game, Fortnite is accessible to, and beloved by, the masses because it is built upon a free-to-play approach. Given you have one of the lucky devices allowed to offer Fortnite (pending further litigation), you can play it with ease. Should you desire to personalize your character before going into battle against 98 players or with a team of friends against others, skins are relatively cheap and let’s be real here. You don’t need that Terminator T-800 skin, but you want that skin.

Despite coming out all the way back in 2016 to much fanfare and public disdain, Pokemon GO has reemerged as an ideal mobile game at a time where outdoor activities are significantly more safe than those inside. The formula for GO is simple: combine outdoor walking and exploration with the fun and familiarity of Pokemon. Now evolved in 2021, GO is no longer simply a pokemon walking and catching game, but a showcase for the powerful possibilities of augmented reality. What was once restricted to obviously rendered landscapes for capturing Pokemon in the ‘wild,’ has transformed into a space that allows the virtual to exist within the physical. When you’re high, there is literally nothing more cool to behold.