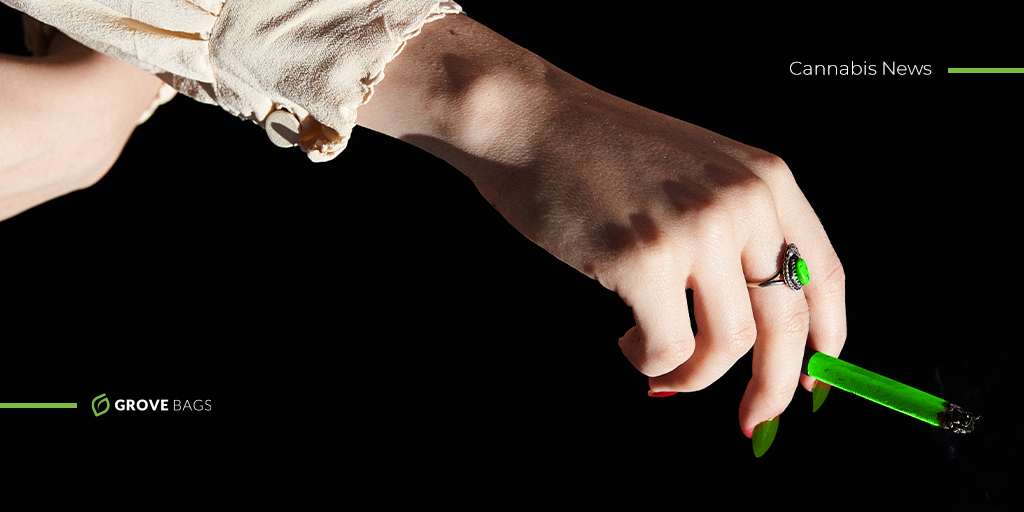 The Cannabis Outlaws That Made the Culture

The Cannabis Outlaws That Made the Culture

You’ve seen them act, you’ve heard them sing, they’ve made you laugh, but most importantly– you’ve watched them puff. These are the ‘Cannabis Outlaws’ that defied the social norms of their time to build a better future for cannabis. These valiant men and women braved the wilderness, fighting through an unforgiving and cannabis-fearing world. They taught us not to fear, but to embrace our love of the magical cannabis plant, and with it these jokers breathed life into generations of tokers, smokers, and even stockbrokers. We owe a lot of gratitude to these courageous cannabis outlaws, and today, we celebrate their highest achievements.

There are few voices in cannabis as important as Tommy Chong, one of the first innovators in cannabis comedy and music, and a notable activist for the noble cause of legalization. Before portraying the beloved go-with-the-flow hippie Leo from the critically acclaimed That 70’s Show, Chong took a stand against Richard Nixon’s war on drugs, uniting with his friend and fellow performer Cheech Marin to spread love and acceptance of hippie culture to the masses.

Before Cheech and Chong helped usher in a revolution, hippie culture was relegated to the margins and dominated by self-professed wackadoodles like activist Abbie Hoffman or poet Allen Ginsberg. By uniquely throwing himself and his comedy routine into the scene, Tommy Chong exposed the triviality and absurdity of the war on drugs and was emblematic of the counterculture activism of the time.

In 2003, Chong literally saw his life go up in smoke, when federal agents excitedly busted down his door and seized thousands of water pipes from his family business, eventually serving nine months in prison, where he notably shared a cell with Jordan Belfort. Chong was accused of targeting his products to children and using his public image to market them. The times have since changed, with cannabis being legal in dozens of states, and glassmakers now much more free to conduct their business nationwide.

Without the sacrifice and bravery of cannabis outlaws like Tommy Chong who were willing to take a risk for the genuine betterment of society, who knows how long it would have taken to make the progress we have made in the normalization of cannabis use?

This cannabis outlaw is known to many ears from his work with The Byrds and Crosby, Stills, Nash, and Young, but what you may not know is the musician’s affinity for all things green. Crosby isn’t afraid to admit that he wrote all of his music under the influence of marijuana, and chooses to celebrate the creative and positive impacts of cannabis on his life and the lives of his friends and collaborators. So much of the music that we share with each other was influenced by cannabis, and David Crosby showed bravery by always making that clear to his fans.

A pacifist who began his activism protesting the Vietnam War, David Crosby has recently made waves in the fight for legalization, joining the National Organization for the Reform of Marijiuana Laws (NORML) Advisory Board, lending his skills and notoriety to an organization that has made significant headways in the past fifty years in operation.

Beyond his activism, Crosby is also a cannabis entrepreneur with his own brand, Mighty Croz, hoping to attract boomers to cannabis with a brand committed to offering a healthier way to elevate the body and soul. By honing in on his legendary status as one of the greatest rockers of our time, David Crosby bridges significant gaps in exposure that widen the cannabis community tent and help more people find a way for cannabis to enrich their lives. Truly, Crosby serves as “the social conscience” for his generation, a cultural icon with far-reaching influence, and a cannabis outlaw that continues to pave new paths for legalization and a better tomorrow for our community.

The man known for smoking “ungodly amounts” of pot and making pottery soon after. It is hard to imagine stoner cinema without the transformative normalization of cannabis gifted to us by comedian Seth Rogen. Where would our community be without the groundbreaking Pineapple Express or Knocked Up? Groundbreaking stories of stoney friends and enemies coming front and center to American cinema and becoming beloved fan favorites was at one time considered unreasonable. Seth didn’t care about what society said, he listened to his bong instead, and the world is better for it.

Rogen, a member of NORML himself and a constant advocate for cannabis justice, is an outspoken social activist on social media and on screen, and is beloved by fans for his bellowing laugh, quick wit, pottery skills, and joint rolling talents. And now, by the grace of Seth, a new brand of cannabis will soon be hitting shelves. Rogen’s Houseplant, a project he calls his “life’s work” and says was ten years in the making, will not only sell cannabis, but ashtrays, lighters, and Seth-inspired ceramics! The recent announcement was so popular that the increase in web traffic broke their website.

Seth Rogen, like the cannabis outlaws that came before him, espouses the same values of his predecessors by not only openly enjoying his weed, but doing so with a social conscience. Through film and activism, Rogen has not only made it normal to use cannabis, but hilarious and memorable. By exposing audiences to the harmlessness of marijuana, he has almost single-handedly eased generations of misinformed Americans about the highs of elevating oneself, and steered us away from the factually void anti-cannabis propaganda of the past.

Universally beloved as one of the funniest and raunchiest people in comedy, Sarah Silverman has been puffing the magic dragon at home and on screen for decades. Beginning her career on SNL and on David Cross and Bob Odenkirk’s zany sketch comedy Mr. Show, Silverman has always championed a unique and commanding presence.

On screen in The Sarah Silverman Program, the actress and her co-stars would occasionally light up in casual and unsurprising scenes of the show. Silverman has also appeared on shows like Getting Doug with High and the popular Netflix documentary Have a Good Trip, where she freely spoke of her experimentations with elevation.

As a cannabis outlaw, Silverman has been a vocal activist for legalization, going as far as to show off her bud-laced vape pen at an interview at the 2014 Emmys and her weed-filled purse at the 2019 Emmys. She’s accidentally fed edibles to her dog (don’t do this at home!) and shared highs with her sisters, her stepmother, and father. Sarah loves pot, and she’s never been afraid to say it, even in her early career when it was unfashionable to do so.

The new kween of comedy, this Broad City star has uniquely made in-roads with young people, normalizing cannabis use as a comedic device. Whether stashing her bud where the sun doesn’t shine or FaceTiming her BFF Abbi Jacobson with a Pax at the ready (vape life!), Ilana Glazer is a cannabis outlaw who tells it like it is and forges her own path.

Beginning her career with her breakthrough webseries for which the Comedy Central hit show would be named, Glazer set out to tell a story for the mid-20s something that hadn’t been seen on screen before: capturing an authentic experience of millennial single life in New York City. Glazer’s depiction of her eponymously named and self-exaggerated character Ilana breaks many barriers; she and her character identify as queer, she and her co-star Abbi constantly share cannabis on screen, and ambitiously deal with political and social issues in a way that is serious enough but never take themselves too seriously.

As a cannabis outlaw, Glazer doesn’t simply position pot as something fun or as an escape, but as a way to enhance the spirit and make life more open. The authenticity of Ilana Glazer will forever be her super power, and she has brilliantly humanized the act of enjoying cannabis in her performances in a way yet unseen by many corners of American society. Cannabis is never the focus of Broad City, nor is it simply a background cultural artifact, but rather, a unifying force that brings people together for goodness and love. What could be more symbolic of cannabis?

Grove Bags Wicket Bags are the premium option for all your bulk storage needs, leveraging our original Terploc ™ film technology with increased UV protection. Our wicket bags are bound together with a metal bracket and have a perforated lip that can be torn off for quick and easy filling to make the process more efficient unlike the traditional turkey bags used in the industry.

Grove Bag Kraft pouches have all the benefits of our TerLoc™  film but come in a classic brown paper finish that gives off an “All Natural” look and feel. These pouches do not have windows making them universally compliant across states that have strict visibility requirements, ensuring compliance as well as creating additional canvas space for increased customization to enhance residual branding.

Grove Bag liners utilize the benefits of our Terploc ™ film with increased industrial strength and puncture resistance for both 27-gallon totes and 55-gallon drums, making them the perfect option for storing & transporting large quantities of flower or trim.

Grove Bag TerpLoc™ cannabis pouch line is designed around the plants unique properties to maintain weight, prevent mold, and preserve the terpene profile. Once your product is sealed inside, all unwanted gases and water vapor is actively diffused through the pouch layers creating a relative humidity level of 62% and the limiting oxidation of product stored inside.