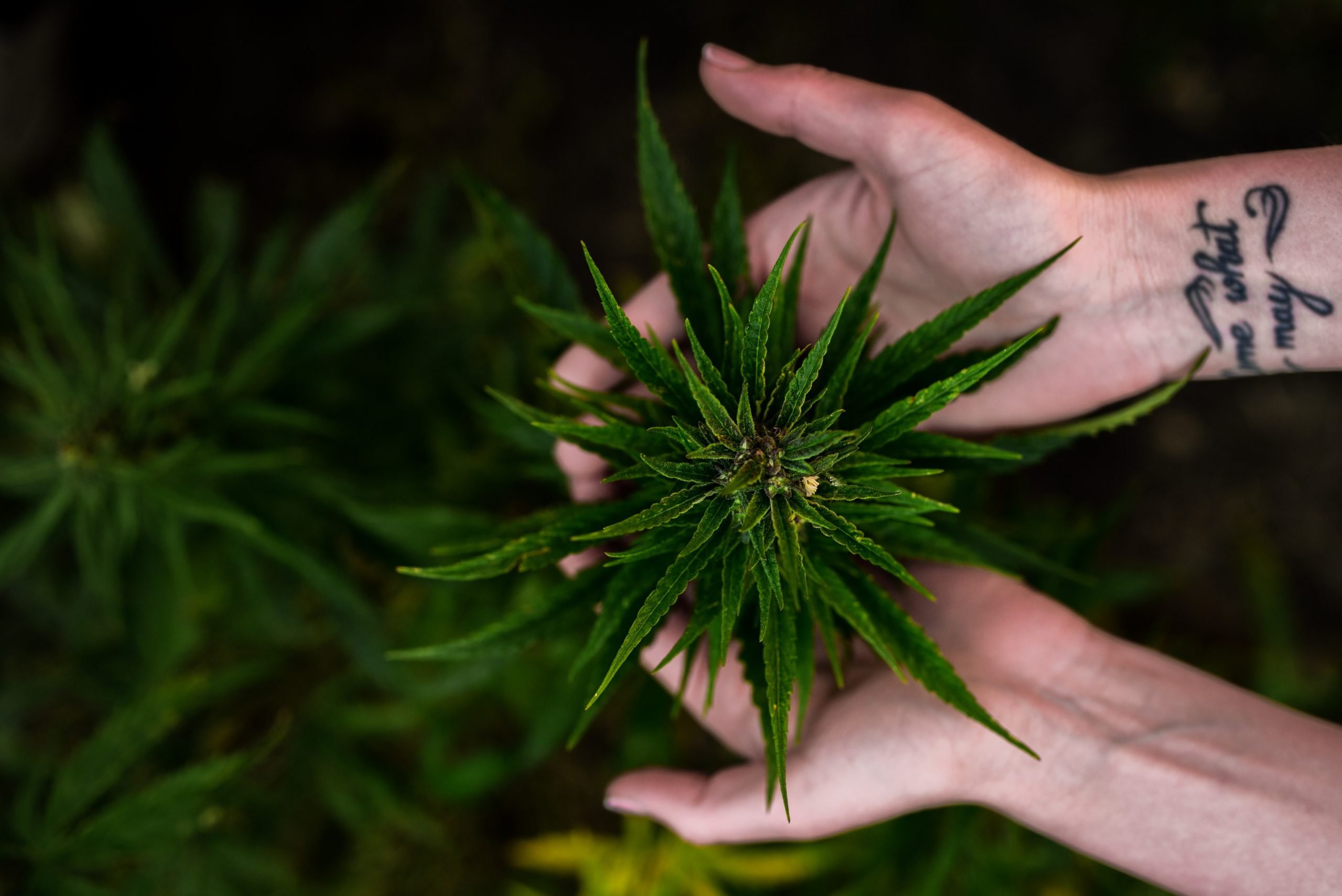 Cannabis Synergy and the Importance of Cannabinoids

By SierraMarch 31, 2020Uncategorized
No Comments

“The whole is greater than the sum of its parts.” This quote which is often attributed to Aristotle can be simplified into one word—synergy.

This means multiple parts collaborating together to achieve more than the same parts could achieve acting alone. This sentiment finds its place in the world of cannabis as well. Cannabis Synergy, commonly referred to as the “Entourage Effect,” is the concept that the medicinal impact of the whole plant is greater than the sum of its parts. 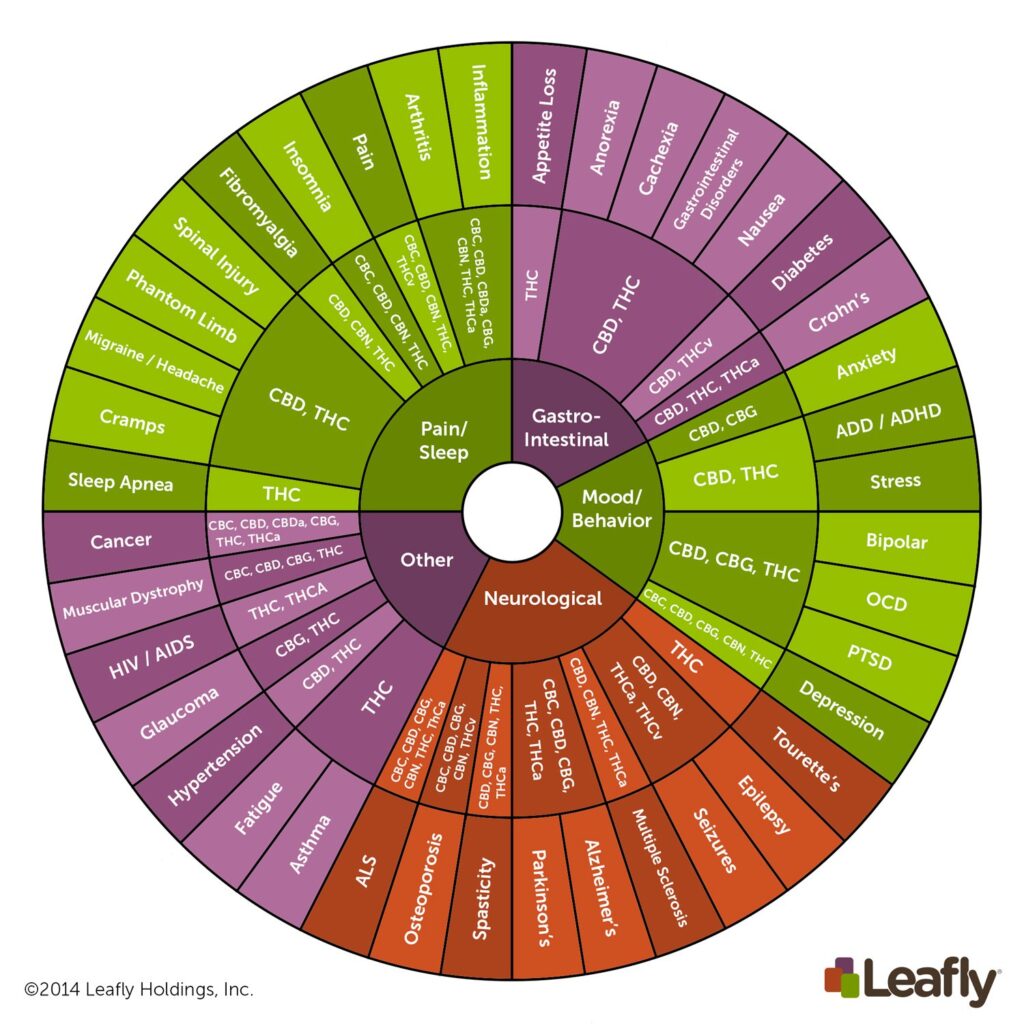 What Makes Up The Parts Of Cannabis?

To understand the sum, we must first evaluate the parts. Cannabis is made up of different chemical compounds namely cannabinoids, terpenes, and flavonoids.

Cannabinoids are naturally occurring chemical compounds that are found in cannabis as well as hemp plants. With over 140 cannabinoids in cannabis, the two most popular cannabinoids are cannabidiol (CBD) and tetrahydrocannabinol (THC). CBD has a physically calming effect, while THC has cerebral stimulating effects. THC is responsible for the typical marijuana high and consequently it is outlawed in most states in the US. However, both THC and CBD offer a wide array of therapeutic benefits. Here’s what they offer: 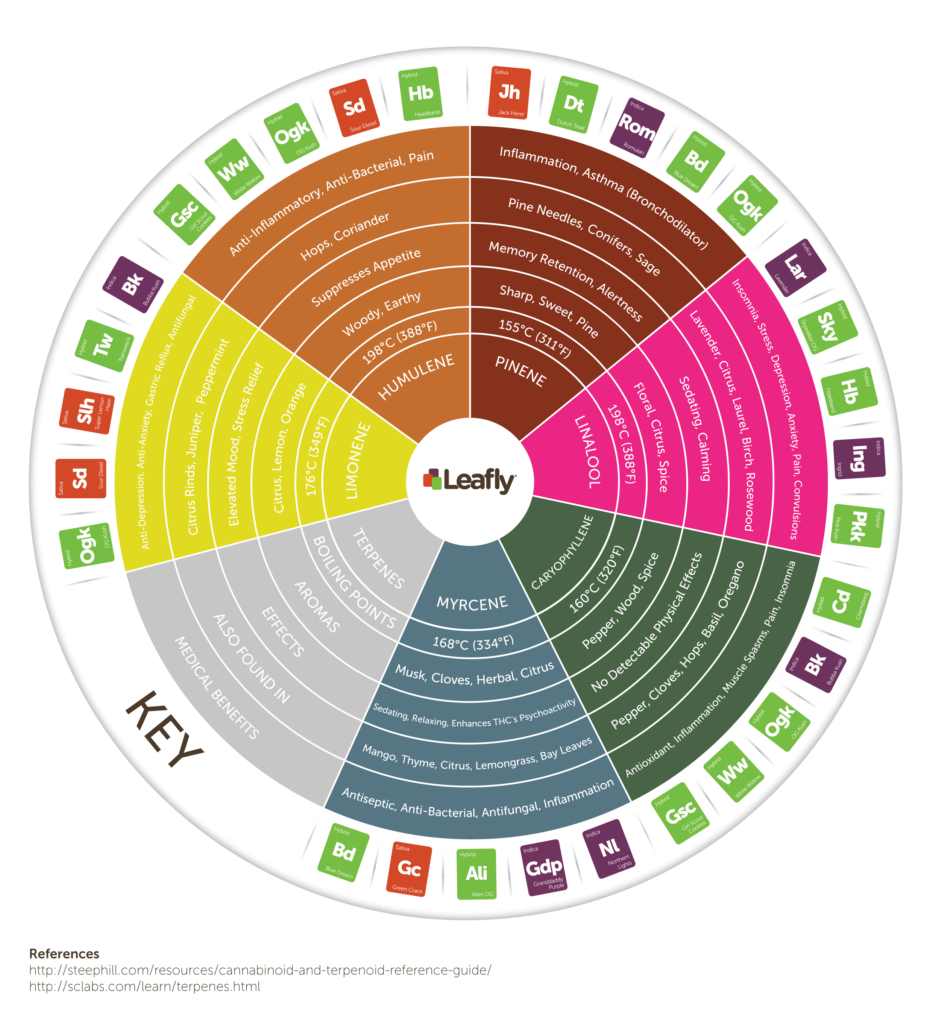 It is not yet clear how terpenes interact with the endocannabinoid system. However, science has shown that these aromatic compounds in cannabis contribute to a stronger healing effect through cannabis synergy.

For a deeper study into this synergistic effect read Dr. Ethan Russo’s 2011 study, “Taming THC: potential cannabis synergy and phytocannabinoid‐terpenoid entourage effects.”   You can access the study through this link.

In this article, Russo breaks down the interaction between cannabinoids and terpenes to produce the entourage effect.

The brain has a series of locks and checkpoints that can be opened, closed, and passed with the consumption of the others. Terpenes and cannabinoids are the keys to those locks. When they act together, they produce a healing effect that is amplified and prolonged.

The concept of whole plant medicine is “a term used to describe medicines utilizing the full spectrum of therapeutic compounds cannabis has to offer.”  We have included Leafly’s infographics of the different cannabinoids and terpenes and how these often forgotten components of the whole plant can benefit our physical and mental state.

The two heavy hitters – THC and CBD get all the glory, but there are those that suggest that the entourage effect from the flavorful and fragrant terpenes provide the necessary, yet overlooked additions to the high that give the consumer a more complete high and when collaborating together are able to unlock different variances of relief.

For a sedating effect, combine THC and CBN. If you are concerned with compromising cognition and memory, the terpene, Pinene, can counteract that.

Myrcene reduces resistance in the blood brain barrier, which allows for beneficial chemicals to pass through more easily. Furthermore, scientists are looking into how other terpene cannabinoid combinations could benefit human life in the near future.  According to the Leafly article, “mixing terpenes linalool and limonene with the cannabinoid CBG shows promise in the treatment of MRSA.” Another infused topical cream being researched is an anti-acne cream composed of linalool, limonene, and CBD.

Terpenes play a major role in cannabis synergy and are the main factors that influence the different plant profiles (indica vs. Sativa). They have antimicrobial properties, anti-carcinogenic properties, and can influence the permeability of the cell membrane allowing for the absorption of more cannabinoids. 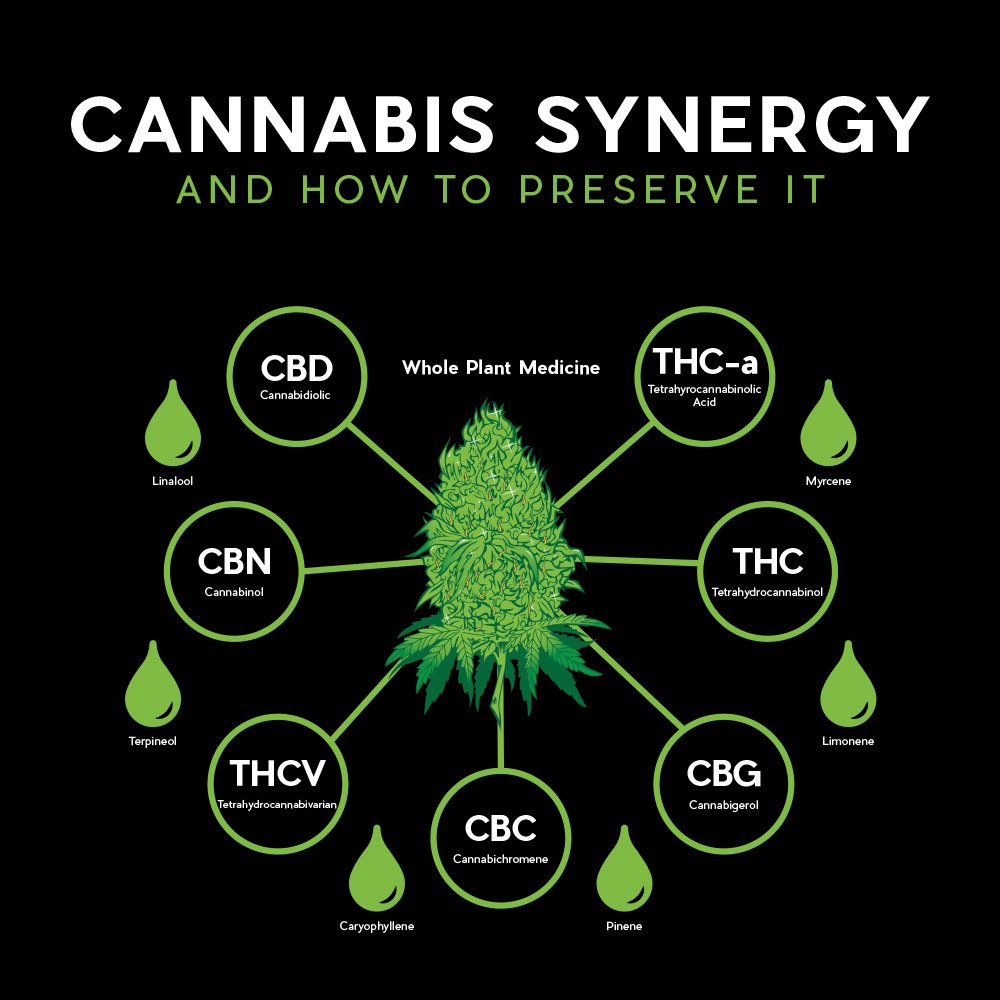 Grove Bags are designed for low oxygen levels and combine active humidity control with anti-static properties to limit oxidation and evaporation of terpenes and cannabinoids. Our packaging saves up to 36% more terpenes than traditional packaging methods, providing every consumer with the highest quality whole plant medicine available.

Related: The Importance of Cannabis Humidity Control from Cultivation to Consumption